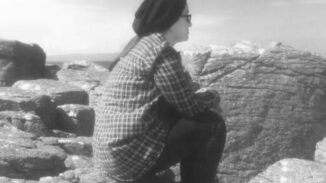 Don't be afraid. You're not alone and you're not weird! If you're questioning being Asexual reach out to the online community of aces for support - the ace community physically surrounding you may seem very small, but we all co-exist together. Asexuality is a spectrum and what someone else may experience isn't going to be the exact same as what you do. You can have a fulfilling life being ace and there are going to be so many people that don't get it - but there will also be so many that do.

I believe that we live in a hyper-sexualised world. As a young girl in primary school I would be teasingly asked by my relatives if the boys I was friends with were my ‘boyfriends’. When my baby teeth started to fall out, I’d be asked if a boy had kissed them out. In the later stages of primary school, I was teased by my friends because one of the boys ‘liked’ me. I was labelled weird because I didn’t react in a way that was expected.

When I reached high school, the boys I was friends with suddenly didn’t want to be friends anymore. As high school continued, the multimedia we were being exposed to began to include romance and sexualisation of people. I was peer pressured into shaving my legs at 15 because ‘boys didn’t find hairy legs sexy.’ Again, I was labelled as weird because I didn’t notice the same things as my friends. They wanted to talk about boys and kissing and sex. I just didn’t care.

I didn’t think my reaction was strange. I just assumed that this pre-written script that seemed to be put in place for everyone would be what eventually happened for me. It would just be later. Everyone I spoke to would say, ‘you’re a late bloomer,’ ‘you just haven’t found the right boy yet,’ or ‘wait until you’re older.’ I believed them.

A friend came out to me as bisexual at 16. This was it. It wasn’t boys I was into, it could be girls! I thought about it and concluded that I felt the same way about girls as I did about boys. Indifferent. In the later years of high school at ages 17 and 18, I began to examine what seemed to be an absence of attraction more fully. Up until that point I had had a few crushes, but they centered more around the fact that I wanted to hang out with them rather than engage with them in a physical sense. I wanted to fit in at university – everyone said that university was full of romance and sex and I had to be prepared.

Romance didn’t seem so bad. The hand holding, having someone to talk to, the dates. In fact, it actually sounded quite nice when I thought about it. I got the opportunity to test drive this new way of thinking. A friend asked me out. We had two dates, texted and called each other. Then broke up. There was nothing there, physically at least. I wasn’t upset by it, but it had been nice having a person. I liked the idea of a relationship, but not so much the physicality of one.

Everyone said that Freshers week was full of partying and making out. Going in with an open mind and an open-heart, thinking that I would reinvent myself and not shy away at the fact that the touching of other people didn’t interest me. In the whole of Freshers’ week; I made loads of friends, went out loads, drank loads and made out with one person. It was nice, but nothing special.

Then I stumbled across the term Asexual. I was procrastinating on the internet and fell down a rabbit hole. It was a big LGBT+ Flag master post (because at this stage I had kind of figured that I could have feelings about anyone on the gender spectrum). It clicked instantly, I spent hours reading blogs, stories and watching YouTube videos. I was Asexual or Ace. There was no doubt in my mind. It matched perfectly my experience and how I felt.

Asexuality is the lack of sexual attraction to others or a low to absent desire for sexual activity. Asexuality is an intrinsic part of who a person is, like any other sexual orientation. Asexual people have the same emotional needs as other non-ace people and are capable of forming meaningful relationships.

It finally made sense. Now, having graduated from my undergrad and undertaking an MA, I fully understand who I am and what I want. It’s far from easy. There are days I wake up and hate the fact that I’m Ace. Other days I love the fact that I’m Ace, I love in a different way and that is just as valid. But I am always Proud with a capital P.