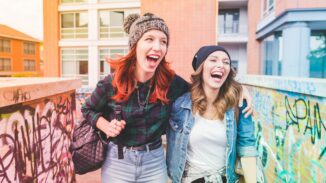 Talk to your friends and family

Quiz - Is my relationship healthy?

Toxic relationships can be physical and mentally abusive. My story is about what I went through mentally. I hope this story will help others identify a mentally abusive relationship, whether they’re in one themselves, or if you know anyone in your life who might be in one.

We first started going on dates just like any other couple does before they fully commit to a relationship, he seemed normal at the time and one month later he asked me out. Around 2-3 months into the relationship he started to get really jealous and started to accuse me of cheating on him because I had been chatting with my male friends that I’d known for years. I kept calming him down and saying I wasn’t and that it was stupid of him to think that.

One night I was fast asleep, and I was woken up abruptly to him on top of me screaming in my face “WHO THE HELL IS THIS?”? and he threw my phone at me. It was my friend whose nickname was “Bobby”? who he knew, but which appeared on my phone as “Robert”? which is his real name. He didn’t believe me and continued to scream in my face. I got out of bed and started to get dressed and he came over and just snatched my clothes out of my hands. That was one of the first warning signs that he could potentially get physically abusive.

A few weeks later once again we had an argument and I was out with my friends at the time. He drove down to see me despite being high on drugs and drunk. I got into the car and he accused me of cheating on him again. I was upset and angry and got out of the car, he grabbed my arm to stop me, but I thankfully managed to get away. I started to run home through back streets just so he couldn’t follow me in the car. My home was two miles away, so I decided to hide at my friend’s house as it was 3am. He kept calling me and leaving me loads of voicemails which I ignored. He went to my house which I lived with my mother at the time. My mother called me, and I just said I would be home soon; I didn’t want to make her worried how much of a psycho he was. Thankfully, he left by the time I got home.

It wasn’t long after that he broke up with me. I found out he was cheating on me with a girl he was taking drugs with. I count that as a lucky escape.

Throughout this relationship he showed the following traits:
– Possessive
– Obsessive
– Domination and control
– Guilt trips

I remember when he first started getting jealous asking him why he changed. I said “You weren’t like this when we first started talking”?, to which he replied “If you knew I was like this you wouldn’t have gone out with me”?.

If you or your friend is going through this, please remind them they can do better. No one deserves to go through a mentally abusive relationship.