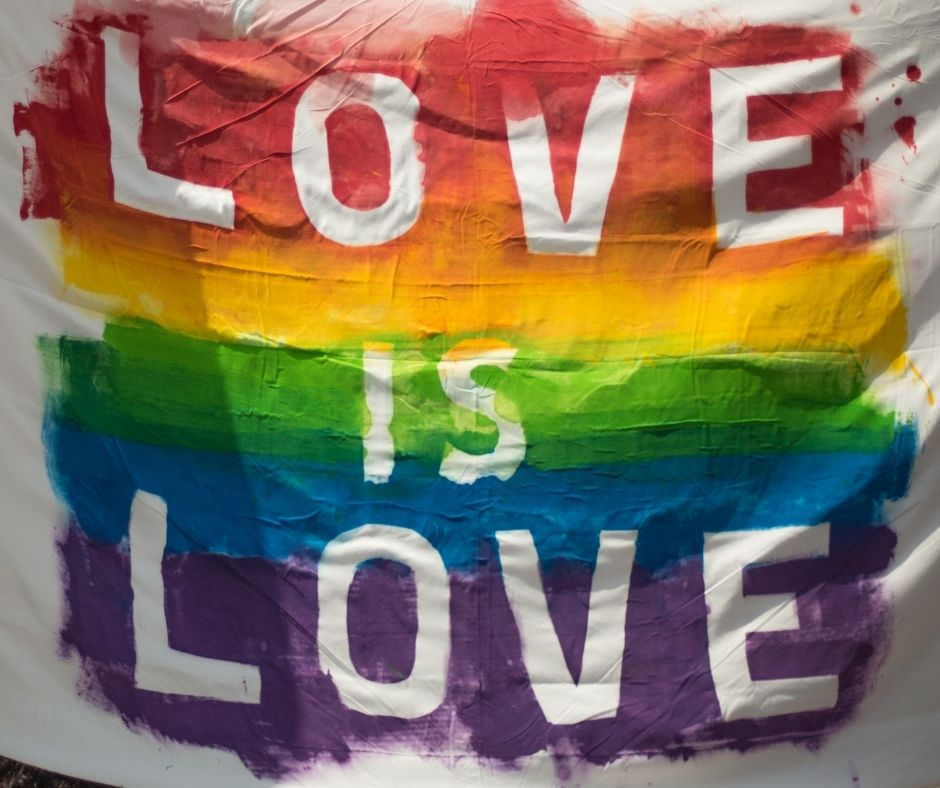 Celebrating Pride – A story about coming out

Celebrating Pride – A story about coming out 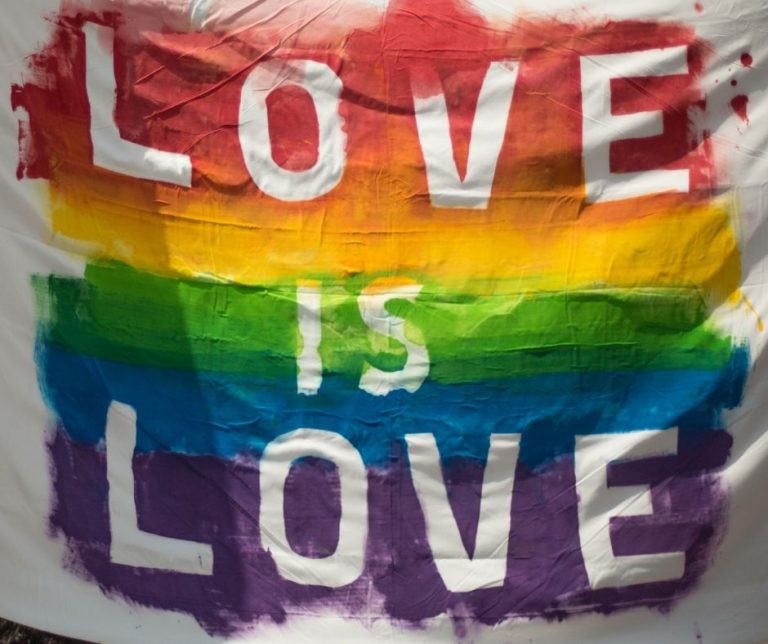 With June marking Pride Month which is dedicated to celebrating LGBTQ+ communities all around the world, mypickle.org talks to professional copywriter, Catherine about the experience of coming out for the first time.

When did you come out?

I was a bit late in the game when I came out to myself. It was at the end of 2018, and I was 28. I ended up realising I wasn’t straight while I was away travelling for 7 months, and being out there helped me to do it. I was away from everything, from any expectations, no one knew me, and I could begin experimenting with the idea of identifying as something other than straight, to see how it felt.

Looking back, as a young person I’d experienced attraction to women but I didn’t recognise it as such. I grew up in a smallish market town in the Midlands and I didn’t know anyone who identified as gay, lesbian or queer. It never occurred to me that they really existed.

My university was a predominantly white, straight, privileged institution. Identifying as anything other than straight was still seen as a big deal – you would be treated as an oddity or target for gossip.

How did your family react?

Family members came to visit me while I was travelling and during those times, I came out as bisexual. I was extremely lucky, everyone was very accepting. Despite this, I was still very wary and anxious, and I didn’t feel like I had the language to explain it.

When I came home from travelling and lived with my mum, I was still figuring out my identity. My mum sometimes struggled to understand this, and I often interpreted her confusion as a lack of acceptance. When I was questioning whether I might be a lesbian rather than bisexual, she said, ‘maybe try dating a man and then you’ll know for certain’.

On the other hand, when I told my grandma, she accepted everything at face value. ‘As long as you’re happy’, she would say.

Even if you know everyone will be OK, “coming out” can still be terrifying. Also, you don’t really stop coming out, because we live in a heteronormative society – you’re assumed and/or expected to be straight and cis-gender.

What sources of information did you find helpful?

I struggled to find stories which sounded like mine; a person in their late twenties who up until that moment had dated men and had spent 15+ years thinking male desire was a huge priority.

I looked at all sorts of things online. I stumbled across a few Instagram accounts where I could see what my life could look like. Just seeing images of women in love or memes about realising you were queer in your late twenties really helped. This anonymous online exploration was crucial. When I was questioning my sexuality, I would never have gone to a queer bar or space; I would have felt like an imposter.

TikTok is also somewhere I could see queer women, lesbians and non-binary people enjoying life and love. I devoured Reddit threads where people with the same challenges as me discussed their experience. It’s so powerful to see people living in ways you didn’t think you could – it’s like exposure therapy. That’s why those spaces are so important.

How would you describe your identity?

It’s been a bit of a journey of discovery for me. I have experienced attraction to men, but I now believe that I enjoyed the idea of being desired by men. Having a boyfriend seemed like a tick box I had to achieve. My understanding of sex was also limited. I’d been taught (through movies, TV, and other media) that any sexual act that didn’t involve “penis in vagina” was just a precursor to the main event. In short, I thought that sex with someone with a vagina would be boring or not as important.

Heteronormativity (the idea that you are assumed/expected to be straight) can be very damaging. There should be more room to explore different identities, especially when you’re young. We should be very concerned that there are young people out there who are not given the space or safety to explore who they are.

The way that I have identified has changed a number of times in the last few years. That label might change again, and that’s OK.

What are the challenges?

I have a lot of privilege: I’m white, I live in a country where I won’t be prosecuted for being in a same-sex relationship, my family and friends accept me, and I “look like” a cis-gender woman. Despite this, I’m far more aware of any challenges to my safety than when I identified as straight.

When I’m out with my partner, there are times when we choose not to hold hands. I’m aware there’s a chance that PDA with my partner could lead to negative reactions or even verbal abuse from people in public. I never thought twice about this when I was dating men. It’s why it’s nice to visit places and cities which are actively queer friendly, because we feel safe.

Another challenge is something called compulsory heteronormativity, when society assumes you are straight, even if you are a young child and have yet to experience any attraction. Popular, mainstream media like Disney films, for example, tell you what romance should look like. Same-sex romance doesn’t get you that happily ever after. Growing up, I never saw a complex, thrilling, explicitly romantic relationship between two women depicted on TV.

Even within the LGBTQ+ community there are challenges. Bisexual people (who are attracted to people of their own gender and other genders) can experience biphobia within the community. A bisexual woman who is dating a man is still bisexual, but she may be made to feel like she’s not “queer enough” or encouraged to “just pick a side”.

By the time I came out to myself, I had reached a point where I was genuinely content with not having a romantic partner. To explore my burgeoning attraction to women, I decided to download Hinge, a dating app. My partner was only the second woman I met, but we just clicked. We were both new to same-sex dating so it wasn’t always easy, but it did feel right in some way.

We began dating three months before Covid-19 hit the UK, and when lockdown was announced we had to decide if we would move in together. We took the leap and haven’t looked back since.

For me, dating was helpful for exploring, accepting and celebrating my identity. However, you don’t need to experience romantic or sexual love with another person to live your truth as LGBTQ+. I’m always just me, and that’s OK however I identify.

Anyone looking for support on coming out, or information around other challenges such as bullying, homophobia or mental health issues either for themselves or a loved one anywhere in the UK can find the resources they need here at mypickle.org 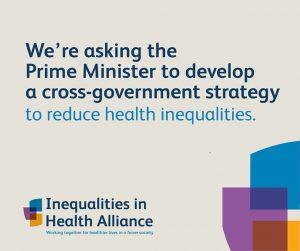 My Pickle joins the campaign to stamp out health inequalities

Not-for-profit support organisation My Pickle CIC has joined forces with the Inequalities in Health Alliance to push for urgent action to reduce health inequalities. Raising 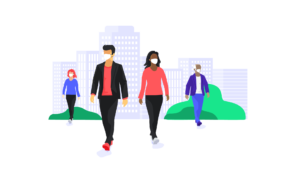 As the UK begins the roadmap out of lockdown, there are still many concerns about Covid-19 and its long-term effects. The Office for National Statistics

Receive the latest news and updates delivered straight to your inbox!

My Pickle joins the campaign to stamp out health inequalities

Not-for-profit support organisation My Pickle CIC has joined forces with the Inequalities in Health Alliance to push for urgent action to reduce health inequalities. Raising

As the UK begins the roadmap out of lockdown, there are still many concerns about Covid-19 and its long-term effects. The Office for National Statistics